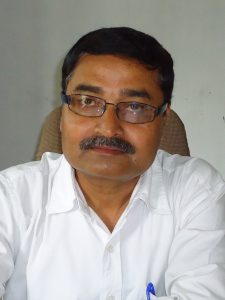 He started his career as a Science Teacher in the subject of Physics in the Bokakhat Higher Secondary School in 1987.

In 1995, he took initiative to establish a Science College keeping in view imparting higher science education for the socially and economically backward students of rural area of the Bokakhat sub division. It resulted in the birth of Chandra Nath Bezbaruah College, Bokakhat in 1995 which is a pioneer science institution of the locality now. Mr. Dutta has been serving as the Principal of the institution ever since its establishment.

Apart from academic activities, he is associated with various social activities and conservation works. In 1999, he was appointed as an Honorary Wildlife Warden of World Heritage Site Kaziranga National Park by the Governor of Assam.

He was a secretary as well as president of AYUSKAR, a socio-economic organization. Besides, he is associated with the establishment of AYUSKAR CHITRA KALA BIDYALAYA, BOKAKHAT in 1991 and is the founder secretary of the institution.

In the last year, he visited Scotland and England with a group of Principals and Educationist of the state under the ‘India China alliance for co-operation, New Delhi’. During the tour, he visited Oxford, Cambridge, Edinburgh, Brunel and University of Bolton and a few colleges under these universities. The group participated in the discussion with various departments of these institutions regarding the aspects of research and development in higher education.